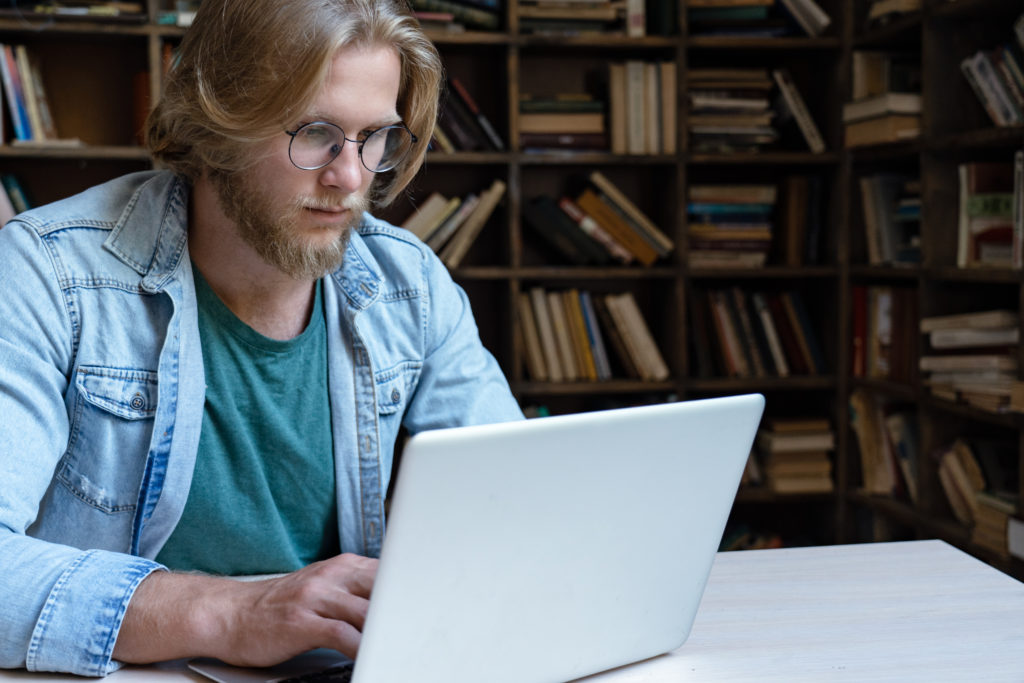 At the end of 2022, we felt the need to take another close look at the rules. They are often used when the first touches to qualitative research occur in the context of teaching or qualifying papers. Seen from this perspective, we suddenly found our own rules terrible: far too extensive and convoluted, neither well teachable nor learnable, and thus not as helpful as desired. Our goal was to modify the rules in such a way that we could still meet the content-related demands for precision and presentation and thus lay a good foundation for the qualitative analysis phase, but still focus them in such a way that all the rules could be counted on one hand.

In the following you will find first extracted directly the new rules (the old/previous rules can be found here on p. XXff). For those interested in a bit more context, a basic description about the function of transcription systems in general follows.

Rule1: Write down every word

– Even if the sentence sounds strange or wrong, write it down as it was spoken.

– Word slurs and dialect, are approximated to written German. If no clear translation is possible, they are retained.

– Incomprehensible words are marked with “(unv.)” or presumed wording “(luck?)”.

– Short statements like “hmm”, “yes”, “exactly” are ignored if you do not interrupt the flow of speech.

– Short statements such as “hmm”, “yes”, “exactly” are written down if they are an answer to a question.

– Clear pauses in speech of 3 seconds or more are marked by (…).

– Laughing, sighing or crying are noted in parentheses.

– Each speech is given its own paragraph, beginning with a person-specific abbreviation with a colon (e.g. I:, B1:, Mr. Müller:).

– Short answers to questions (e.g. “yes” or “um”) are also transcribed in a separate paragraph.

Background: What is the purpose of transcription systems?

What is transcribing? Transcription (Latin transcribere “to transcribe” ) means transferring an audio or video recording into a written form.

Transcribing is necessary because oral statements, even if recorded, are fleeting and memories of a conversation are often incomplete. By writing it down, the content is fixed. This fixed documentation is the basis of many qualitative analysis methods.

Why worry about the “how”?

Once you start typing up an interview, you will realize that there are many variations and ways to write down what you hear. It can be quite significant whether someone answers “yes” to a question or says “yoooah” quietly, unclearly, and stretched out only after many seconds of pause. Questions arise: Do I note hesitation sounds like “um” or rather not? Do I write “hammermal” or would it be better to write “haben wir einmal“? How do I deal with dialect, pauses, speech overlaps, and so on?

One can and has methodologically thought a lot about all these upcoming decisions. And that is quite exciting, to consider how and how detailed certain phenomena should be depicted and how to ensure that as few misinterpretations as possible are made during the analysis.[3] But in research practice, these questions are usually not reinvented every time, because there are proven transcription rule systems, i.e. collections of rules and transcription signs, which you can draw on without any problems.[4] Transcription systems can help you to find the right answers to these questions.

Simple transcripts contain mainly semantic information. One reads there a text slightly smoothed in colloquial language. The focus is on good readability, easy learning of the transcription rule and not too extensive transcription time. A detailed transcription system is necessary when the analysis simply has to hold more information ready, because interpretation is partly done on word level. Then pitch progressions, secondary accents, loudness, dialect and speech rate are dealt with, in part phonetic transcriptions are used. Wonderfully precise in the representation, unfortunately clearly more complex in the production. If one calculates for the production of a simple transcript about the 5-10 times duration of the recording, then you must spend for so facet-rich detail representations well and gladly the 60-fold at time. All transcription systems have one goal in common: The transcription is rule-guided and thus uniform and comprehensible.

How does this look in concrete comparison? Here are two excerpts from transcripts of the same conversation, generated with different rules:

Example of a content-semantic transcript.

that used to be our neighbors.

the last child finally out of the

Example of a GAT transcript [5].

The semantic-content transcript allows faster access to the content of the conversation. It omits precise details of pronunciation and thus becomes easier to read. The GAT transcript, on the other hand, gives a better impression of stress and speech rhythm by reproducing colloquial speech and pitch progressions.

In principle, there are many different systems beyond these two rule systems, some of which can be used in a modular fashion. We have explained this in detail in the handbook Qualitative Research in Psychology (2020). For special research questions one can work out a suitable transcription system.

Even if in the textbooks extremely complex transcription systems can be found, in most projects a rather simple transcription system is used. For research projects where the semantic content is of interest, for example in qualitative content analysis, it is appropriate to focus on the semantic content. In the following system we focus exactly on this. In 2023, we have again significantly revised our rules and paid great attention to unambiguity and conciseness. This supports easy learnability, good communicability and thus reliable application of the rules. Many formulations have been simplified, the explanations that were previously explained by examples have been formulated as rules.

Modules for extending the content-semantic transcription:

The following items are suggestions for possible extensions of the rules. These can be selected completely or individually depending on the requirements of the research question.

Word and sentence breaks are marked with “/”: “But I was thinking sor/.”

Reception signals and filler sounds of all persons (“hm, ja, aha, ähm” etc.) are transcribed. Exception: backchanneling by the interviewing person while another person is speaking is not transcribed as long as it does not interrupt the flow of speech.

After the particle “huh”, a description of the emphasis is recorded in parentheses. The following are to be used: affirmative, negative, reflective, interrogative, sympathetic, e.g. “hm (affirmative)”.

Here are some recommendations that are not necessarily part of the transcription rules, but can be helpful in cases of doubt or when transcribing in a team:

Several filler sounds in a row are typed without punctuation between them (e.g., “um um um so there we are …”).

If verbatim speech is quoted in the recording, the quotation is put in quotation marks: “And then I said ‘Well, let’s see'”.

Word abbreviations such as “runtergehen” instead of “go down” or “mal” instead of “einmal” are written exactly as they are spoken.

English terms are treated according to German spelling rules in upper and lower case.

[3] This has been done here in detail: Thorsten Dresing, Thorsten Pehl in Handbook of Qualitative Research in Psychology (2020)

[4] A detailed overview of transcription systems is provided by

DITTMAR, Norbert (2004). Transcription. A guide with tasks for