Teamwork with f4analysis – how to work together on the same material 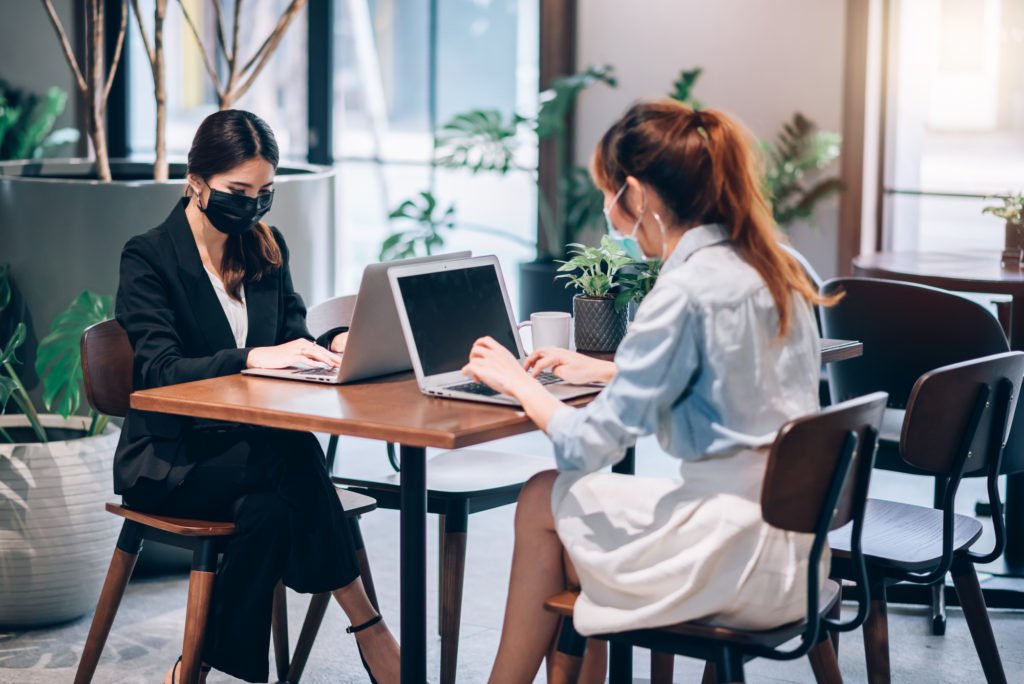 There are two basic options for teamwork in f4analysis. Working on the same text – and then discussing and checking and verifying each other’s work – is especially useful when you want to develop a common code tree, sharpen definitions, or explore previously unknown material. Shared work on different texts is useful when a well-defined and discussed code system already exists and you want to divide the work.

Basically: The project files of f4analyse can be exchanged like for example a Word document. You can send them by e-mail, store them on a web storage or pass them on via USB stick. But always pay attention to data protection. [more here]

Working on the same text with different people separately can be very revealing. Different points of view and interpretations can be developed separately at first, in order to discuss them only afterwards and to gain a new – common – view on the data material. Here is our suggested procedure:

Each team member creates a project and imports the identical text(s). No one is allowed to change anything in the content of the texts at this time, including misspellings or forgotten anonymizations, paragraphs or the like, otherwise the exact matching will fail.

Each team member creates a main code with their own name. All used codes become subcodes of it (even if they have defined some in advance). It is a good idea for each team member to use a separate color for all their own codes.

Now everyone reads the text for themselves, writes their own memos and comments, develops codes, codes text passages and finally saves the project with their own name e.g. ProjectXY-Paul.f4

To compare the individual views on the same text, open one of the projects and then select the “Merge projects” option (via the small arrow on the “Open” button). All memos, comments, codes and codings of the other selected project will now be imported to it.

By means of the main code name and the color, you can distinguish the codings and code systems of the different people at a glance. In comments and memos it is marked who wrote them.

The similarities and differences are now discussed and transformed into a common interpretation and assignment. In the process, you can delete or merge codes, rearrange the code system, form new categories, and further develop your memos. 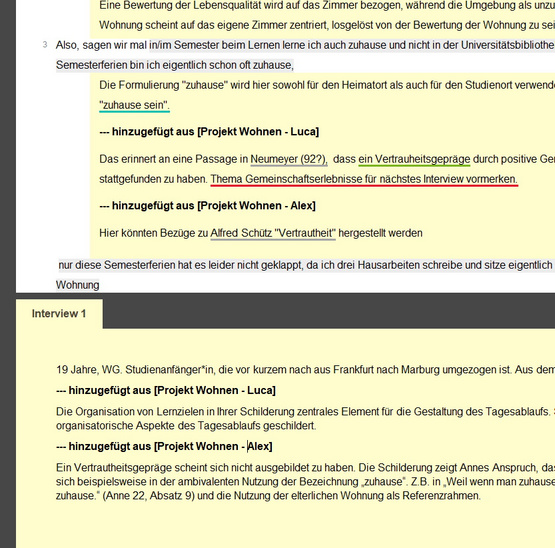 If the code system is already well known to all employees, the work can be divided up in order to make faster progress. It is a good idea for each team member to work on different texts and then merge all the subprojects back into one overall project.

Create an initial project that contains, for example, only the code system including code memos with definitions and initial findings. This project is distributed. Each team member imports all relevant documents into this project and works on them. Again, it is best to save the project with its own name, e.g. ProjectXY-Paul.f4.

Pass on the code system only

You have created a comprehensive code system and would like to make it available to another person – as a “codebook”, so to speak? Of course it is helpful if the code system is well documented with comments, definitions and hints. If this is ensured, proceed as follows:

Copy the project, then open the copy and delete all texts there. What remains is the code system with codememos. The “empty” project file with code system and memos can now be sent to another person. This person can then import his or her individual texts into this project and start editing. If someone wants to add their own code system to the existing project, simply select the “Merge projects” option.